#1: You Have Nothing to Fear from a Leaky Faucet

A few drips may seem like nothing to worry about, but all of those drips could add up to a major water bill. According to the U.S. Environmental Protection Agency, a leaky faucet can waste over 3,000 gallons per year if left to its own devices. Now there's a good reason to get around to that faucet leak.

#2: Those "Flushable" Wipes Are Really Flushable

Sure, you can flush those "flushable" wipes, but they won't break down like toilet tissue in your septic tank system or pipes. Flush enough of them down the drain, and you could end up with a clog or septic tank backup. You're better off throwing these wipes in the garbage instead.

#3: That Rumbling from Your Water Heater Means It's Gonna Explode

Those rumbling noises aren't a sign of your water heaters imminent demise, but it does signal a problem that should be taken care of sooner rather than later. These voices are usually caused by excess sediment at the bottom of the tank, causing the tank to overheat and produce steam bubbles that loudly and violently burst.

#4: Wanna Save Water? Just Put a Brick in Your Toilet Tank

This rather silly idea does nothing to help you save water. In fact, displacing the water in your toilet tank with a brick only makes it more difficult to flush. Over time, the brick can even dissolve and allow sediment to migrate to other parts of your toilet.

If you want to save water, you might want to replace your current toilet with an efficient low-flow model. You'll get better results, plus you won't have to resort to silly gimmicks just to save water. If a low-flow toilet isn't in the cards, try reducing the amount of flushing you normally do.

#5: Toilet Bowl Tablets Won't Do Anything Bad to Your Toilet

The harsh chemicals within toilet bowl tablets (including those with bleach added) might be capable of cleaning the bowl, but they can also break down certain plastic and rubber components if left in the tank for too long. To protect the flapper and other components from erosion caused by toilet bowl tablets, you're better off manually cleaning your toilet.

#6: It's Okay to Flush Medications down the Drain

If your home relies on a septic tank, flushing medications down the sink or drain can easily throw its delicate ecosystem into disarray. Septic tanks rely on a careful balance of microorganisms to help break down and dissolve waste. If disposed chemicals or medications end up in the septic tank, their reaction with the bacteria and other microorganisms could easily lead to backups and other problems with your septic system.

Even if you don't rely on a septic tank, it's still a good idea to keep chemicals and medications out of the wastewater stream.

#7: You Can Throw Just About Anything down Your Garbage Disposal

Many people consider their garbage disposals such a handy tool that they'll throw just about anything in it, including things that shouldn't go in the garbage disposal at all. Contrary to popular belief, not every type of food is safe to dispose of via garbage disposal.

For instance, fatty foods such as hamburger meat can easily clog your pipes, while foods like pasta and rice can absorb water and become bloated within the pipes, effectively blocking them. Seeds and eggshells can wreak havoc on the garbage disposal blades, damaging them in the process.

Keep this information in mind to avoid common plumbing issues. If your plumbing already has problems, contact a local plumbing repair company. 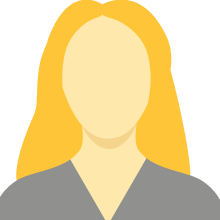 Hey there, I am Evee Mouzon. I want to talk about the importance of having a fully functional air conditioning system in your home. Air conditioning systems keep the air in your home at a low temperature while the sun brings the heat up outdoors. Furthermore, air conditioners filter and treat the air to keep contaminants low and humidity at ideal levels. By staying in the right temperature and humidity range, while controlling air contaminants, you can control the severity and frequency of health conditions, including asthma and allergies. I will talk about all of the different maintenance services you need performed on your air conditioner each year. I will also talk about hiring a HVAC contractor to perform the maintenance and repairs. Thanks.